Discovered in 1947 in the Zika Forest in Uganda when an Rhesus monkey contracted an unknown febrile ilness. Zika is an Arbovirus of the flavivirus genus belonging to the flaviviridae family, as dengue, yellow fever, Japanese encephalitis, West Nile, and Saint-Louis encephalitis viruses.

The Zika Forest is Located along Entebbe road 23km from Kampala, Zika Forest is a relatively small forest with quite mature trees and lush undergrowth with thick canopy formally called the upper storey which forms a perfect stop ground for Uganda safari tour undertakers.

The Zika forest extends over 12ha containing a range of bio diversity of forest types, grasslands, forest edge types and swamps that stretch to Lake Victoria. This biodiversity include; 135 species of woody plants, 62 species of sphingid moths, 38 species of saturniid and 40 mosquito species.

The Zika forest also acts as a virus research field station for the Uganda Virus Institute and has got a 120 feet steel research tower which was initially in Mpanga forest but was relocated to Zika in 1962 with the funding of World Health Organization. The tower has provided a ground for an extended behavioral research and ecological studies with the forest. This narrow metal tower also allows the travellers on Uganda safaris to enjoy the monkey’s and bird’s eye view of the Zika forest Canopy.

The first human case was detected in 1954 in the African country of Nigeria. Very little is known about the virus from 1954 to 2006 as the Zika virus was endemic to certain parts of Africa and South East Asia.

In 2007 a large epidemic was diagnosed and documented on Yap Island in the Federal States of Micronesia(FSM). Yap Island also contain Chuuk, Pohnpei and Kosrae. The FSM is a sovereign nation with a seat in the UN, but is closely allied with the US through a Compact of Free Association adopted in 1986. Under the agreement the FSM receives financial aid and various other benefits, such as the US Postal Service handling the mail. US Dollars are the official currency of the FSM. The virus was characterized by rash, conjunctivitis, and arthralgia, which was initially thought to be dengue, Chikungunya or Ross River disease. However, serum samples from patients in the acute phase of illness contained RNA of Zika virus. There were 49 confirmed cases, 59 probable cases, no deaths and no hospitalizations.

In October 2013 a second large epidemic occurred in French Polynesia who reported their first outbreak, which was estimated to affect around 11% of the population. This particular outbreak spread to other Pacific Islands including New Caledonia, Cook Islands, and Easter Island. As most cases of Zika virus infection present with mild illness similar to other circulating arbovirus infections, and there was limited laboratory capacity during this outbreak for the detection of Zika virus, it is likely that many cases of infection were not identified.

An interesting aspect of ZIKV infection is that of the wife of a Colorado-based malaria researcher, who contracted the disease while conducting fieldwork in rural Senegal. After returning home from his trip, he felt feverish and tired, had swollen joints and a splitting headache. Nine days later, his wife who had not accompanied him to Senegal, also fell ill and presented similar symptoms. Their four children remained healthy.

The study states that both the researcher and his student were infected with ZIKV while working in southeastern Senegal from bites by the Aedes mosquito. The wife, however, could not have gotten the illness from the bite of a mosquito. She had not traveled outside of the United States since 2007 and ZIKV has never been reported in the Western Hemisphere. Additionally, the Aedes mosquito naturally exists in tropical climates and it is unlikely that it could survive in northern Colorado. Thus, the results support human-human transmission between the researcher and his wife. Since the illness did not develop in the couple’s children, however, it is reasonable to suspect that ZIKV passed from one patient to another through direct contact with body fluids, which would be exchanged through intercourse or possibly, but less likely, through kissing.

The latest outbreak of the Zika Virus outside of Africa and Asia occurred in Brazil in May 2015 when authorities confirmed that approximately 500 patients with symptoms of Zika Virus was indeed an outbreak of the disease and was likely brought into the continent during the 2014 World Cup, which was hosted by Brazil.

The spread of the virus mimicked an outbreak of chikungunya virus in the same region, another disease previously unknown to the local population.

In 2015 the Zika Virus was also isolated in a newborn baby with microcephaly and other congenital issues. Microcephaly is a rare neurological condition in which an infant’s head is significantly smaller than the heads of other children of the same age. In 2015 there were 2,782 cases of microcephaly compared with 147 in 2014 and 167 in 2013

In December 2015 the first confirmed Zika virus case occurred in Puerto Rico. Besides cases in returning travelers no other locally transmitted Zika cases have been reported from elsewhere in the United States.

o Zika is spread mostly by the bite of an infected Aedes species mosquito (Ae. aegypti and Ae. albopictus). These mosquitoes bite during the day and night.

o Zika can be passed from a pregnant woman to her fetus. Infection during pregnancy can cause certain birth defects.

o There is no vaccine or medicine for Zika.

How Zika is transmitted

Zika can be transmitted

• From a pregnant woman to her fetus

• Through blood transfusion (very likely but not confirmed)

Many people infected with Zika virus won’t have symptoms or will only have mild symptoms. The most common symptoms of Zika are

Symptoms can last for several days to a week. People usually don’t get sick enough to go to the hospital, and they very rarely die of Zika. Once a person has been infected with Zika, they are likely to be protected from future infections.

Why Zika is risky for some people

Zika infection during pregnancy can cause a birth defect of the brain called microcephaly and other severe brain defects. It is also linked to other problems, such as miscarriage, stillbirth, and other birth defects. There have also been increased reports of Guillain-Barré syndrome, an uncommon sickness of the nervous system, in areas affected by Zika.

How to prevent Zika

There is no vaccine to prevent Zika. The best way to prevent diseases spread by mosquitoes is to protect yourself and your family from mosquito bites.

• Treat your clothing and gear with permethrin or buy pre-treated items.

• Use Environmental Protection Agency (EPA)-registered insect repellentsexternal icon with one of the following active ingredients:

• When used as directed, these insect repellents are proven safe and effective even for pregnant and breastfeeding women.

• Do not use products containing oil of lemon eucalyptus or para-menthane-diol on children younger than 3 years old.

• Stay in places with air conditioning and window and door screens to keep mosquitoes outside.

• Take steps to control mosquitoes inside and outside your home.

• Mosquito netting can be used to cover babies younger than 2 months old in carriers, strollers, or cribs.

• Mosquito Repellent using Citronella extract natural aroma gel or solution to prevent from mosquito bites.      • Sleep under a mosquito bed net if air conditioned or screened rooms are not available or if sleeping outdoors.

• Prevent sexual transmission of Zika by using condoms or not having sex.

• Improve immunity by UV Vitamin C and NK Cell infusion have been approved to help prevent and treat all viral infected and cancer cases. 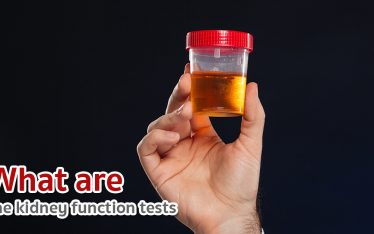 What are Genetic marker?
Genetic marker, any alteration in a sequence of nucleic acids or other genetic trait that can be readily detected and used to identify individuals, populations, or species or to identify...
134 Likes 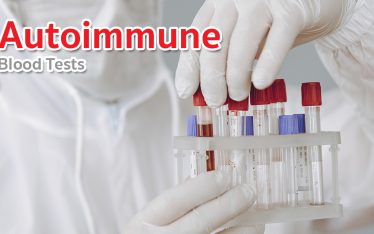 Autoimmune Blood Tests: Various types of it that you must be aware of!
Autoimmune tests are tests that are used to diagnose autoimmune diseases. These tests are a combination of autoantibody blood tests-rays, clinical presentation and blood tests that measure organ function and...
112 Likes