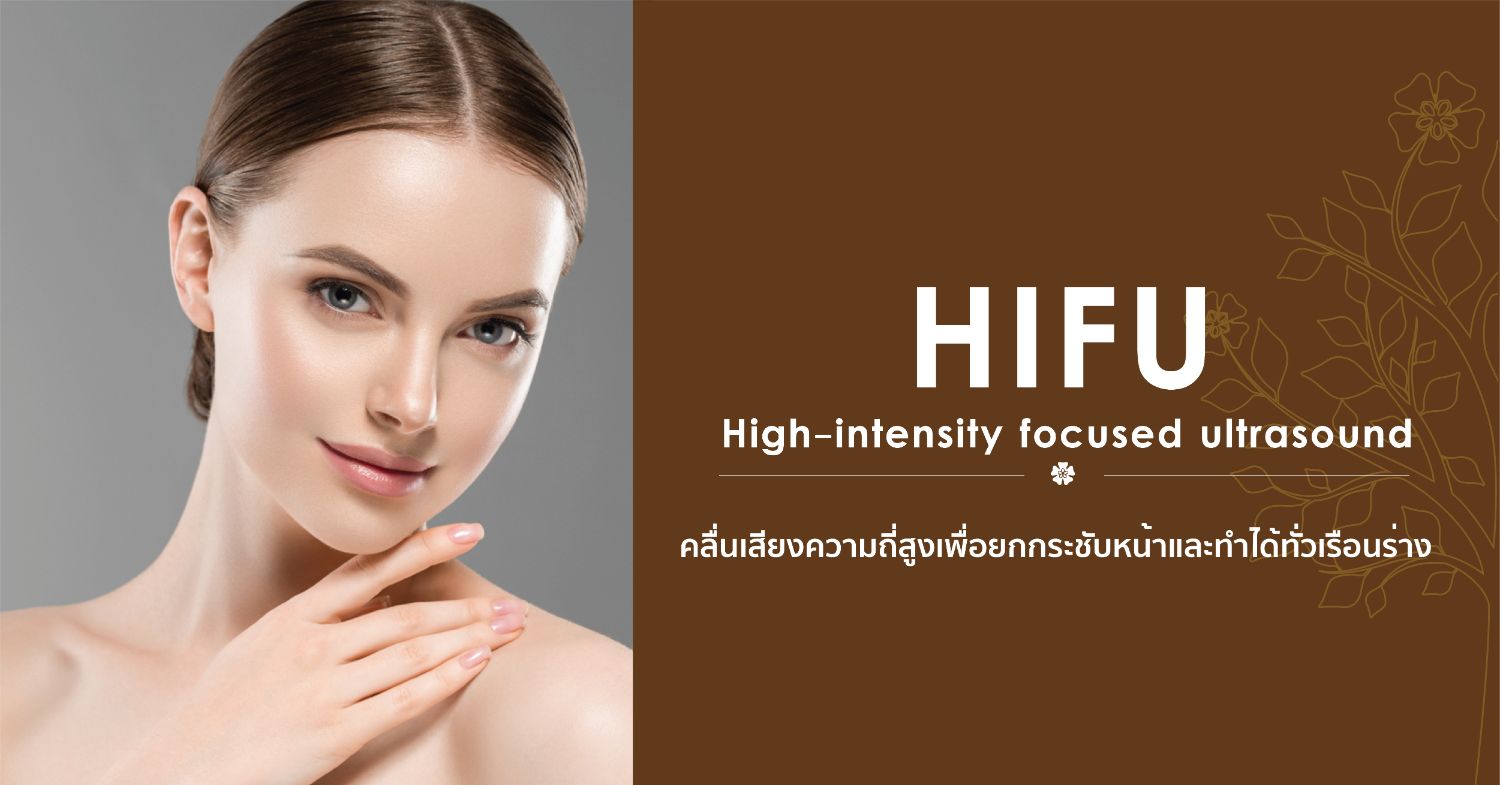 What is the treatment about?

High-intensity focused ultrasound (HIFU) is a non-invasive therapeutic technique[1] that uses non-ionizing ultrasonic waves to heat tissue. HIFU can be used to increase the flow of blood or lymph, or to destroy tissue, such as tumors, through a number of mechanisms. The technology can be used to treat a range of disorders and as of 2015 is at various stages of development and commercialization.

The technology is similar to ultrasonic imaging, although lower frequencies and continuous, rather than pulsed waves are used to achieve the necessary thermal doses. However, pulsed waves may also be used if mechanical rather than thermal damage is desired. Acoustic lenses are often used to achieve the necessary intensity at the target tissue without damaging the surrounding tissue. An analogy is using a magnifying glass to focus sunlight; only the focal point of the magnifying glass has high intensity. Although lenses have traditionally been used, phased arrays are increasingly common as they allow the focal position to be easily changed.

HIFU may be combined with other imaging techniques such as medical ultrasound or MRI to enable guidance of the treatment and monitoring.

Why should one do this treatment?

Anyone who are looking for relatively new cosmetic treatment for skin tightening that some consider a noninvasive and painless replacement for face lifts, wrinkle reduction tightening sagging skin on the neck (sometimes called turkey neck),lifting the cheeks, eyebrows, and eyelids,enhancing jawline definition tightening of the décolletage, smoothing the skin.

What are the benefits of this treatment?

According to the American Society for Aesthetic Plastic Surgery (ASAPS), HIFU and other nonsurgical alternatives to facelifts have seen a major increase in popularity over the last few years. The total number of procedures performed has increased 64.8 percent between 2012 and 2017.

HIFU has many aesthetic benefits, including:

In a larger study of 93 people, 66 percent of those treated with HIFU perceived an improvement in the appearance of their face and neck after 90 days.

What all is included in this treatment?

Once the cells in the targeted area reach a certain temperature, they experience cellular damage. While this may seem counterintuitive, the damage actually stimulates the cells to produce more collagen — a protein that provides structure to the skin.

The increase in collagen results in tighter, firmer skinTrusted Source with fewer wrinkles. Since the high-frequency ultrasound beams are focused on a specific tissue site below the skin’s surface, there’s no damage to the upper layers of the skin and adjacent issue.

HIFU may not be appropriate for everyone. In general, the procedure works best on people older than 30 with mild-to-moderate skin laxity.

People with photodamaged skin or a high degree of loose skin may need several treatments before seeing results.

HIFU isn’t recommended for people with infections and open skin lesions at the target area, severe or cystic acne, and metallic implants in the treatment area.

You may experience slight discomfort during an HIFU procedure. Some people describe it as tiny electric pulses or a light prickly sensation.

If you’re worried about pain, your doctor may suggest taking acetaminophen (Tylenol) or a non-steroidal anti-inflammatory drug (NSAID), such as ibuprofen (Advil), prior to treatment.

Immediately after the treatment, you may experience mild redness or swelling, which will gradually recede over the next few hours.

Q. What to expect during my appointment?

If additional treatments are needed, you will schedule the next treatment.

Q. What is the side effects of HIFU?

HIFU is considered very safe if performed by a trained and qualified professional.

The best part about this treatment is that you’re able to resume your normal activities immediately after you leave the provider’s office. Some slight redness or swelling may occur, but it should subside quickly. A light tingling sensation of the treated area may persist for a few weeks.

Rarely, you may experience temporary numbness or bruising, but these side effects usually go away after a few days.

HIFU is considered a safe, effective, and noninvasive procedure for tightening the facial skin.

Its advantages over a surgical face lift are hard to deny. There are no incisions, no scarring, and no required rest or recovery time. HIFU is also far less expensive than a face lift.

How many months will it takes to see the results?

If you’re looking for a treatment that is quick, painless, and noninvasive, HIFU is an excellent option compared to a surgical face lift.

Q. Can old people do HIFU?

Of course, HIFU isn’t a miracle cure for aging. The procedure is best suited for patients with mild-to-moderate skin laxity, and you may need to have the procedure repeated in one to two years as the natural aging process takes over.

If you’re older with more severe skin sagging and wrinkles, HIFU may not be able to eliminate these skin issues in a few times may need multiple treatments and combine procedures according to the doctor suggestions.

Dr. Orawan O.M.M., Dermatology & Anti -aging Institute uses the exclusive HIFU technology for each individual clients to meet their target outcome without pain nor discomfort adjusting to each skin type, area and sensitivity by our dermatologist which you will find the ultimate solution . Please contact @ www.drorawan.com